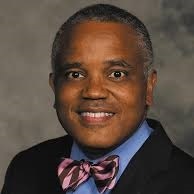 Eric H. Kearney has had a career in law, business, and politics.  As a state senator, Eric served as Ohio Senate Minority Leader and has championed a number of causes including adoption, children's health, small business development, and pension reform.  On a national level, Eric was a member of President Barack Obama's national ﬁnance committee when he ran for U.S. Senate and President.  He has been a leader in Ohio's legal community and is a managing partner of Kearney & Kearney, LPA.  In addition to politics and law, Eric has been a leader in the business community.  He founded and built one of the largest African American owned publishing companies, Sesh Communications, which publishes The Cincinnati Herald, The Northern Kentucky Herald, The Dayton Defender, and other publications.  Eric graduated from St. Xavier High School, earned a B.A. in English from Dartmouth College.  He is married to Jan-Michele Lemon Kearney Esq. who is a graduate of Dartmouth College and Harvard Law School.  They have two children, Celeste (a student at Dartmouth College) and Asher.